Wow, and just like that we’re more than halfway through June!  The last few weeks have been a bit of a whirlwind — went to Mexico, celebrated my birthday, went to Kentucky/West Virginia for the Hatfield-McCoy race, and in between all of that, there have been many dinners, after-work events, social gatherings with family and friends, and the birth of my cousin’s new baby! I finally have some downtime this weekend and hope to catch up on my race updates and clean up this website a bit.

First, I have to say:  The Hatfield-McCoy double half marathon has definitely been the most challenging race I’ve done yet.  The heat and elevation kicked my butt (hard) in both states, and there was a point during the second half where I seriously didn’t think I was going to make it. But I did — and thankfully, without any major sickness or injuries. So states numbers 14 (Kentucky) and 15 (West Virginia) are done! Yay!

I’m behind on my race recaps (still need to post my Arizona race!!), but hope to have them up soon. Promise!

In the meantime, here’s how my June is going so far…

At the end of May/beginning of June, I accompanied a friend on a work trip to Mexico.  She had to evaluate a luxury hotel down there — the Banyan Tree Mayakoba on the Rivera Maya coast, in Playa del Carmen (about 45 minutes south of Cancun).  Her husband didn’t want to go (weirdo), so I offered to tag along and keep her company.  It was a nice little break from life. I really enjoyed our stay down there — the resort is gorgeous — loved the theme, decor and overall atmosphere. And the service was outstanding.

On our first day (Wednesday), we got a tour of the resort, rode bicycles throughout the development, and had dinner at an amazing Thai restaurant on the property.  My friend and I split up on the second day (she had to work), and I spent the day paddle boarding and hanging out on the beach. On our third (and last) day, we spent the morning hanging out by our private pool, and then had breakfast in our pool house/living room, before checking out.  We arrived home Friday evening — just in time to hit DC’s rush hour on the way back from the airport — sitting in traffic those two hours was a reminder that vacation over. Ha.

I was planning on doing some running while I was there, but it was just too hot and humid. I consider our bike ride cross-training though. 😉

The girls and I celebrated my birthday Saturday evening. We have a theme for our birthdays every year, and this year’s theme is tasting menus (a few of past year’s themes: countries, local destinations, volunteering).  The restaurant I chose was Plume at the Jefferson Hotel in downtown DC. I loved the atmosphere and service, but the tasting menu was just ok compared to the other two we’ve had so far this year: Komi and Restaurant Eve.

Even though I didn’t think the food was as good as the other two, I’d still recommend this Plume to others looking for a place to celebrate a special occasion. Everything else about it was wonderful.

We celebrated another friend’s birthday on Sunday — brunch at STK in DC, followed by drinks at a rooftop party in the city.

I was absolutely exhausted by the end of the weekend.

And then the following weekend was Hatfield-McCoy!!  I’ll have a more thorough race recap up soon, but will share a few photos and thoughts from the trip now.

I took Friday off work, and drove down with a friend (who ran, too) and her husband and father.  It took us about 6.5 hours to get there, but the time flew by.  We stayed at the Sycamore Inn in Williamson, WV, right on the border of Kentucky and West Virginia.  After checking in and getting our race packets, we wandered around town a bit (super small town) and then had dinner at a sports bar.

The race was early the next day.  My friend ran the first half with me, and then I was solo the second half.  As I mentioned above, this was a really challenging race for me.  I was expecting hills, but not the elevation, which really affected me. There was also the heat — around mid 90s during our run — that added to the challenge. I’m thankful that I finished, and even more thankful that I finished without suffering any injuries.

After the race, we had lunch and ended up leaving right after.  We were going to stay for dinner, but we were exhausted and decided to just hit the road.

A few days ago, in continuing the birthday celebration, I met a cousin and old friend at Maketto in northeast DC, near Union Station.  Maketto won this year’s RAMMY award for best new restaurant.  It’s a Cambodian/Taiwanese restaurant set in a chic multi-level space that includes a cafe and retail shop. The food is delicious. If you’re in the DC area and haven’t been yet, I highly recommend checking it out. 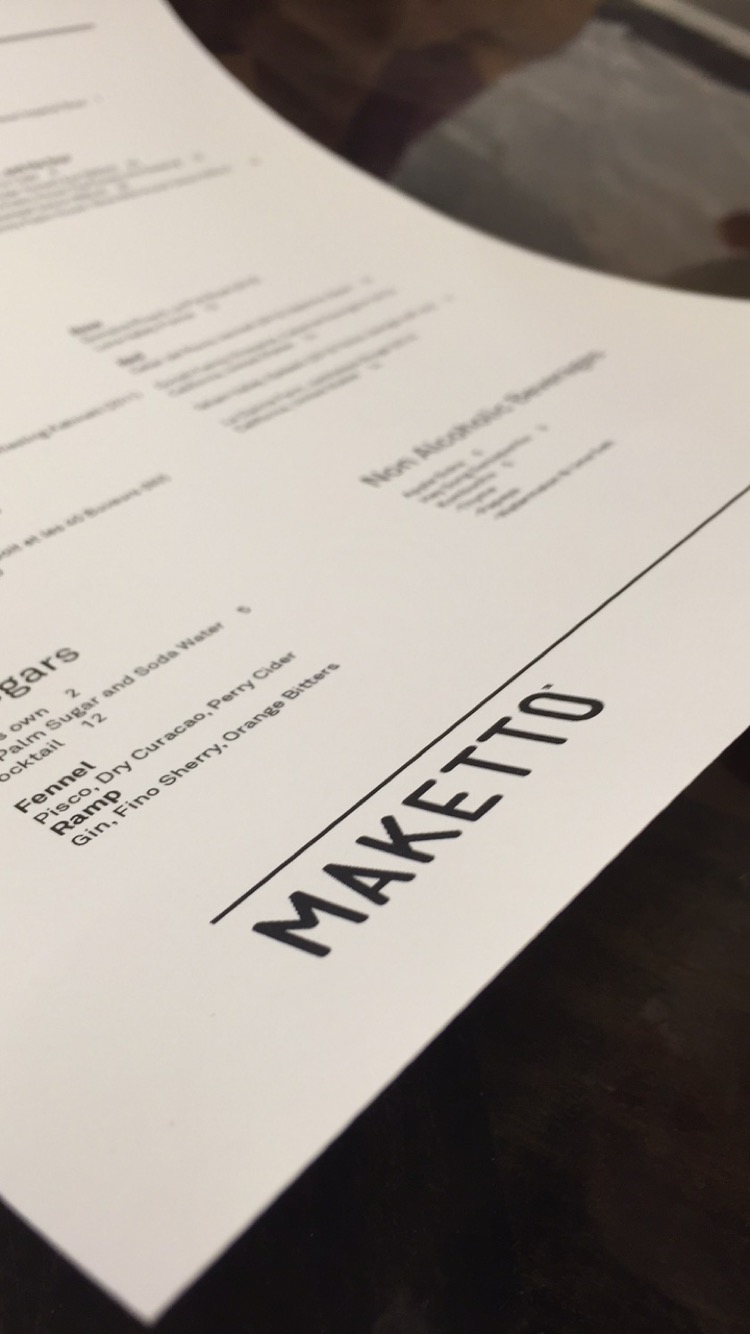 Hope you’re having a great weekend. I promise to have those race recaps up soon!

And… a very happy father’s day to all the dads out there!!